Which fictional characters are most likely to be Eagle Scouts?

What do an ’80s TV problem-solver, a shield-toting Avenger and one of the greatest movie heroes of all time have in common?

According to your fellow Scouters on Facebook, these three and other fictional characters would be Eagle Scouts, if they existed in the real world.

MacGyver, Captain America and Indiana Jones are just three of the individuals you said would have earned Scouting’s highest rank.

Check out the list, and the accompanying explanations, below. 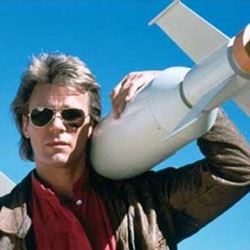 Need proof that the 80′s action hero MacGyver would’ve been an Eagle Scout?

Look no further than the show’s description: “Making a bomb out of chewing gum? Fixing a speeding car’s brakes … while he’s riding in it? Using soda pop to cook up tear gas? That’s all in a day’s adventures for MacGyver. He’s part Boy Scout, part genius. And all hero.”

Eagle Scouts solve problems all the time, so it wouldn’t surprise many to learn this problem-solver is an Eagle Scout. 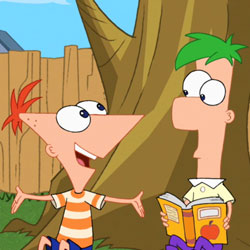 “They are serious over-achievers and could definitely finish an Eagle Project (or 87) with no problems,” reasons Scouter Bethanne.

In each episode of the Disney cartoon, the title stepbrothers find inventive ways to have fun, usually through a grand project.

Sounds a lot like the journey toward Eagle Scout to me. 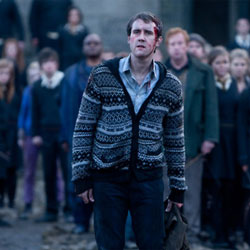 This is an interesting one. The character from the Harry Potter books and movies begins his education at Hogwarts School as a shy, awkward introvert.

But, as Scouter Katie says, “we see him grow and mature into a true leader, just like we see our Eagle Scouts face their own challenges.”

Someone who doesn’t look like your stereotypical hero when we first meet him becomes a natural leader, ready to face any challenge. An Eagle Scout, for sure. 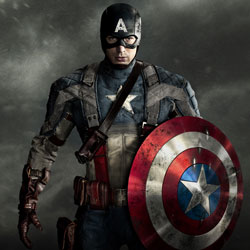 The Marvel superhero is brave, patriotic and loyal. Yep, he’d be an Eagle Scout.

Furthering our case is the fact that Chris Evans, the actor who plays Captain America, said in an interview that he modeled how he plays the role after an Eagle Scout he knew from growing up.

What more proof do we need? Read that quote here. 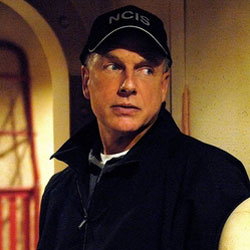 I’m not familiar with the protagonist of the hit CBS show NCIS, but several Scouters said Mark Harmon’s character would be an Eagle Scout.

Scouter David explains: “He’s human and fallible, but lives by a simple code and is fair-minded with all, giving them the benefit of the doubt. He’s always looking out for those around him, is a great team member, leader and mentor, and always gets the job done. 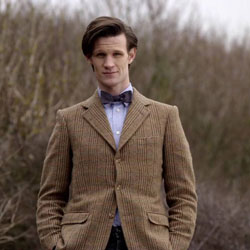 Ignore the fact that the main character of the popular BBC sci-fi show is technically an alien.

Many Scouters said his qualities would make a perfect Eagle Scout.

He’s “never cruel or cowardly, never gives in and never gives up,” Scouter Rob says. He “can save a whole universe and yet can find time to help a scared child. Also can lash up a machine that goes Ding and escapes from jails with a few odds and ends.”

This raises an important question: If (when?) aliens ever come to Earth, will they be eligible to earn Scouting’s top honor? 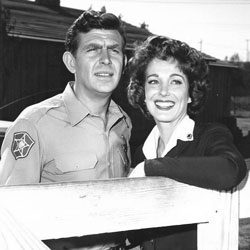 “I can imagine no one who would act more like an Eagle Scout than Andy Griffith,” says Scouter Todd. 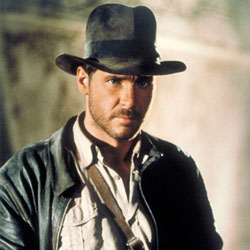 Steven Spielberg is an Eagle Scout, and Harrison Ford was a Life Scout, so naturally the two portrayed the iconic action hero Indiana Jones as a Scout.

He was portrayed (by River Phoenix) as a Life Scout at age 13 in the series’ third installment, Indiana Jones and the Last Crusade.

So while the movie series never confirms that Indy made it all the way to Eagle Scout, we can posit that someone with his sense of adventure and courage would certainly qualify as one. 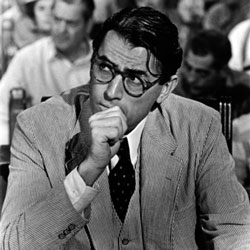 A role model for all future lawyers (and humans, really), the character in To Kill a Mockingbird shows bravery and strong morals as he fights racial prejudice.

He treats his children with respect, cares about the downtrodden and believes in justice for all. The novel is even told through the eyes of a character named Scout.

An Eagle Scout through and through. 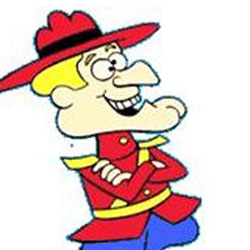 He’s a little bit goofy, but so are some Eagle Scouts I know.

This character from The Rocky and Bullwinkle Showis “always willing to do a good turn,” says Scouter Mike.

Sure, most of his good deeds are the result of dumb luck or the actions of his horse. But he’s still saved the day enough times to deserve a spot on this list. 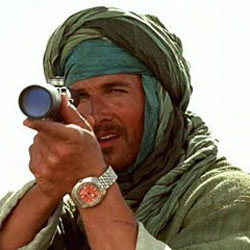 The action hero from more than a dozen bestselling Clive Cussler novels was portrayed by Matthew McConaughey in the 2005 movie Sahara.

A tall man with a commanding presence and quick wit, Pitt saves the day time and again as director of special projects for the National Underwater and Marine Agency.

Scouter Thomas writes: “He is adventurous, is always prepared and is willing to put others lives before his. He would have made a great aquatics director at Sea Base.”

Timothy, another Scouter, adds that other Cussler characters would be likely Eagle Scouts, including Kurt Austin, Juan Cabrillo and Sam Fargo. 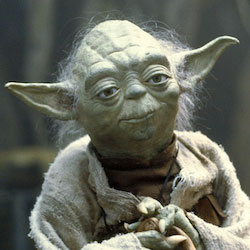 The greatest Star Wars Jedi lives with honor and teaches others to fight evil.

If he’s an Eagle Scout, he’s one of the coolest ever.

“Not only does he follow the Scout Law and Oath,” Scouter Robert writes, “he would probably be in the Order of the Arrow too. He’s got mad camping skills.”

And what about Luke, Yoda’s apprentice?

“Luke is a Life Scout at best,” Robert writes. “He couldn’t get his ship out of the lake.” 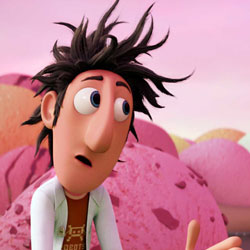 The Cloudy With a Chance of Meatballs protagonist is energetic, quirky and dreams of inventing things.

Hey, that’s just like a lot of Eagle Scouts!

“He’s creative, resourceful and ultimately does the right thing,” she says. 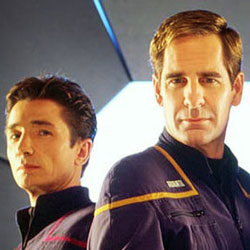 Two main characters on the TV show Star Trek: Enterprise actually were Eagle Scouts, according to a scene in “Rogue Planet,” Episode 18 of Season 1.

Capt. Jonathan Archer: This reminds me of the rain forest in New Zealand. I earned my Wilderness merit badge there.
Lt. Malcolm Reed: You were a Boy Scout, sir?
Archer: [with pride] I was an Eagle Scout!
Reed: Oh. So was I.
Archer: Really? How many merit badges?
Reed: 28. You?
Archer: 26.
Reed: Ah… that’s not bad, sir.

The show is set around the year 2150, so we’ll have to wait another 100-plus years to find out whether these guys actually become Eagle Scouts.

Which fictional characters would you add to this list? Any you’d remove?

Keep the fun going in the comments section.

See Bryan Wendell, “Which fictional characters are most likely to be Eagle Scouts?” (July 5, 2014) Bryan On Scouting.