True Integrity is Proactive, Not Reactive

But rain or not, we couldn’t out now. We’d hyped this up too much, planned on it for too long and dreamed of it for even longer. If we turned back now, we’d return to camp as cowards, forever tarnishing our hard earned reputations and squandering our best chance for immortality.

Still, it felt as if some unseen power was working against us that night. The rain that had drenched us incessantly for three solid days suddenly stopped just one hour before we had planned to set out. Within minutes, the wind had blown the entire storm away, revealing the brightest moon any of us had ever seen. It was a half mile hike through the center of camp from our troop’s site down to the waterfront and now we’d be completely exposed for most of it. This fact alone was enough to make two members of our four man band back out before the mission even began, meaning twice as much work to do and twice as much time to get busted. 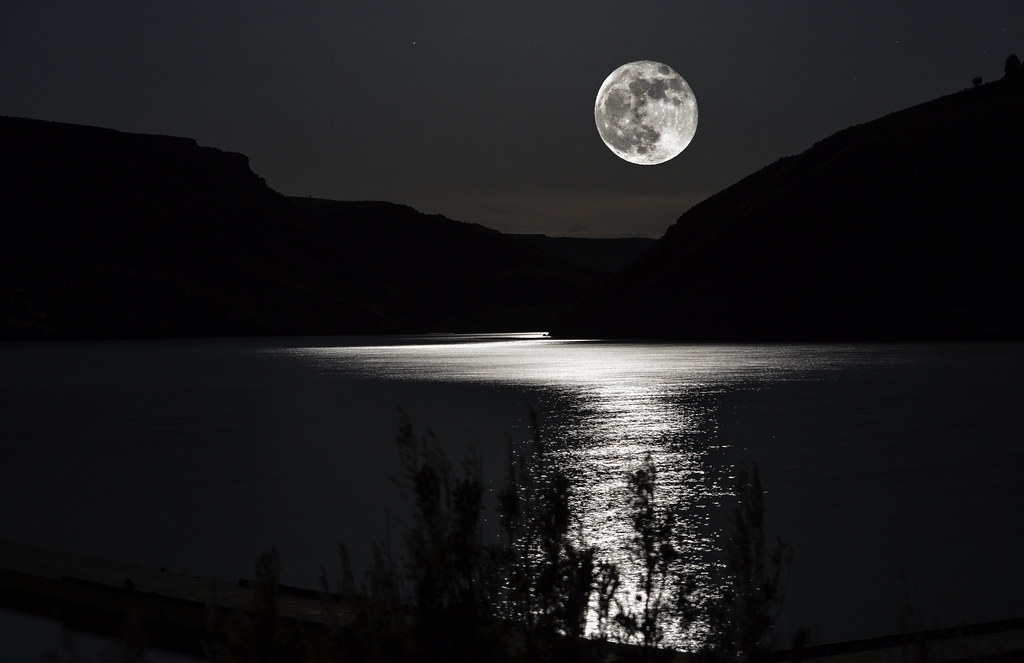 Undeterred by these setbacks, we set out, hugging the treeline where we could, and opting to toil through the calf-deep tributaries the downpour had created in the ditches lining the main thoroughfare instead of risking the constant crunching of gravel on the road. It was slow going, but each measured step strengthened our resolve.

After 45 minutes, our goal was in sight. Moonlight glistened across the upturned bottoms of our 18 aluminum targets. We quickened our pace, then froze in terror. There were people down by the lake. We couldn’t see them, but we definitely heard them.

Slowly we lowered ourselves chest first into the flooded ditch until we were practically submerged. To disguise our profile, we lowered our chins and mouths beneath the surface and breathed slowly through just our noses for the next ten minutes as we waited for the voices down by the lake to evanesce.

There were two voices. Then two sets of crackling footsteps. They were coming our way. We sunk deeper into the ditch. We could see them now. They were walking directly toward us. We became one with the water in the trench. At the very moment we knew they would surely spot us, they suddenly turned, taking a side trail that wound through the woods, up the hill and eventually into a cluster of campsites. Their voices became softer, their footsteps fainter, then all was silent again.

Like gators from a swamp, we emerged from our hiding place, and despite the delays and setbacks, we finally made it to the waterfront. We stood there for a moment, committing to memory every majestic detail of that midnight scene, then turned to each other and crept over to the first and largest canoe. As we hoisted it, the giant vessel screeched and groaned, and we nearly dropped it in panic. We frantically looked around, expecting to see a band of camp staff members charging down the hill to stop us. Instead, we saw and heard nothing. Gathering our wits, we deftly flipped the boat over, waded into the shallows and sent the first canoe knifing across the glassy lake.

The next seventeen made hardly a sound, and when we’d finished with them, we set ourselves to sending the kayaks adrift on the lake as well. Canoes gently bumped and clanged against each other in the distance as they made their way toward the center of the lake, followed closely by a mob of kayaks intent on overtaking them. As my partner in crime turned to leave, I set my sights on the end of the dock where the camp’s two motor boats were bobbing in the gentle wake. We slunk to the end of the dock, untied the boats, and used all the strength in our legs to force them out to sea, and it was done.

Taking no more than an instant to admire our handywork, we quickly fled the scene and scurried back to our campsite, fighting back laughter and anxiously anticipating the trouble our triumph would cause the next day.

The following morning was bedlam. Polar bear participants had to swim out to the opposite end of the lake to retrieve the displaced boats. Scoutmasters were called into an urgent meeting in which they were instructed to begin the manhunt. Breakfast was delayed. Tempers were flaring, and those of us who knew what had happened sat back and enjoyed the madness.

Me and my Scoutmaster

At the end of our first merit badge class that morning, two of the adult leaders who brought us to camp that week stopped my friend and me as we were leaving and asked us to have a seat. Instantly I knew they knew, and I knew we were in trouble.

“Somebody must have ratted us out,” I thought. “ Why else would they have only stopped the two of us and not the other three members of our patrol who were in this very class?”

They sat us down and explained the severity of the situation to us. They accused us of nothing, but told us that the camp was disappointed that this had happened and would have forgiven the offending parties had they not have sent out the motor boats as well. Those, we then learned, were not owned by the camp, but by volunteers who had allowed the camp to borrow them for the Scouts to use during the summer. One had run aground in a precarious location where it could have suffered serious damage; fortunately, it was unharmed.

They told us that if we were involved, we would be sent home and banned from camp the following summer; however, if we were to tell them that we were not involved, they would take us at our word, report nothing to the camp and continue their search elsewhere.

They turned to my accomplice who was a year older than I and asked him first, “Were you involved in this prank?”

“No,” he said in an instant, unflinching in his conviction. He nearly convinced me until I saw the disappointment surface in my leaders’ eyes.

Their heads dropped and they turned to me. “Were you involved in this prank?” they asked, fearing I’d answer the same way my friend had.

Three hours later, my friend and I loaded our things into the back of my dad’s truck, and he, our bishop at the time, drove us both home.

After we dropped my friend off, my dad turned to me and instead of expressing his disappointment, commended me for my integrity. Then, as he so often did when I was kid, he lovingly censured me, teaching me that true integrity is not only reactive, but preferably proactive. He taught me that having integrity is best demonstrated by recognizing the correct choice and choosing it and not by knowingly choosing an inferior choice and owning up to it afterwards.

Unfortunately, the aftermath of that night of mischief was actually worse than we’d expected, so there was a lot to make up for. Not only were the two of us banned from camp and required to write apologies to all parties we’d wronged, which ended up being a lot of people, but our troop’s reputation was negatively affected, making it difficult for us to get into other camps and events during the subsequent years. Worse still, our careless actions reinforced the already negative opinion our council had of LDS troops and damaged the reputation of the church among members of the numerous non-LDS troops in our area.

On the bright side, my friend was never angry with me. In fact, a few years later he even thanked me for making the choice he knew he should have made. Our test of integrity was one of the most important of our friendship and one of the most formative experiences in our young lives. Once we’d both confessed, he and I felt godly sorrow for the decisions we’d made and the joy of forgiveness as we took responsibility for the hurt we’d caused so many people.

Knowing that the other boys in our troop and patrol, both older and younger, looked to us as examples, we chose to develop and model true integrity instead of irresponsibility. We were honest and forthright in everything we did and held the other Scouts in our troop to that same standard. As we chose integrity, we felt love for our savior and his children and gained a greater understanding of our natures as sons of God. We treated others with compassion and earned back the love and respect we had forfeited with our actions.

A patrolmate and me back in one of the canoes I’d sent adrift 2 years earlier.

Two years later, my friend and I were allowed to join our troop once again at summer camp. This time, we did things differently; we let integrity govern our actions. We treated the staff and other campers with respect and helped our troop earn the spirit award. We led our troop in camp activities, taking time to help each of the younger scouts develop their skills and advance in Scouting. We led our troop in evening devotionals, testifying of the truthfulness of the gospel and helping the other members of our troop feel comfortable doing the same

Our troop’s spirit was magnetic. The camp loved us and our fellow campers loved us. That week, instead of staying up late Wednesday night to cause trouble as we’d done two year prior, we were up late Wednesday night sharing our testimonies with the Scouts and adult leaders of the Methodist troop we shared a campsite with and giving them copies of the Book of Mormon we’d brought with us to camp. They saw the way we acted and the way we treated people, and they wanted to know what made us different from the rest of the troops at camp that week. What made us different was the integrity we learned from living the gospel of Jesus Christ.

Moments before we’d lifted the first canoe, my friend and I stood on that moonlit lakeshore in Lower Appalachia knowing that our epic act of mischief would be the greatest moment of our Scouting careers, that it would be talked about forever and that it would grant us immortality. In hindsight, the greatest moment in our Scouting careers is as obvious to us now as we knew it would be then, it’s just not the same moment we knew it was going to be at the time. Ask any member of my troop today and they’ll tell you that sitting with our fellow Scouts, testifying of the gospel and inviting them to come unto Christ was the sweetest moment any of us experienced in Scouting. We were sons of God, sharing a moment, talking about forever and working toward more than fleeting immortality – Eternal Life.

6 thoughts on “True Integrity is Proactive, Not Reactive”